What would we do without paper? There are so many varieties! We use it for cleaning, wrapping, containerizing, sharing information, personal hygiene, photos and art, currency, and so much more. Historically, one of the most widespread uses for paper has been to create books. More than just an easy way to share factual information, books entertain, enlighten, engage the mind, and promote creative thinking. Even if you prefer e-books, the tree-books had to come first. I have nothing against e-books. I love their convenience and generally low price. I also love tree-books and how I don’t have to be concerned with losing battery power while turning the pages contained between their covers.

Set in the third century, Treasures of Dodrazeb: The Origin Key is a historical sword-and-science fantasy adventure. A Persian warrior’s curiosity is ignited when he leads an invasion into Dodrazeb, a strange isolated kingdom that possesses incredible technology. Ancient Dodrazeb’s puzzling choice to hide from the world draws the warrior deeper into layers of mysteries as its princess does everything she can to expel the invaders. What are the Dodrazebbians so desperate to keep hidden? Get your copy on Amazon.com! Available in both e-book and paperback. 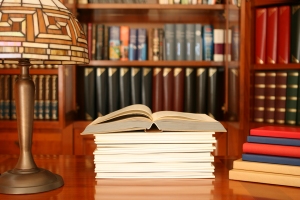 Books are my favorite use for paper.

Gutenberg’s press may have been the technology that made mass communication possible, causing a world-wide social revolution, but what good would movable type have been without massive quantities of affordable paper? Let’s take a few minutes to celebrate this versatile invention and trace the history of paper making.

As most of us learned in elementary school, the word paper is derived from the word papyrus, a plant material the ancient Egyptians wove into sheets used for writing. Papyrus plants were plentiful in the subtropical region of the Mediterranean, but in other regions calfskins or sheepskins were processed into parchment for the same purpose. The Chinese used bamboo, but those documents were heavy and difficult to transport. Though silk was sometimes used, it was generally too expensive to be practical. In fact, any of the materials commonly used for writing were costly, time-consuming to produce, and not easy to acquire, making written documentation rare.

History records that Cai Lun, an Imperial Chinese Court official, invented paper in 105 CE. Archaeological finds have determined that paper was being made 200 years before then, but Cai Lun can probably rightly take credit for vast improvements in the paper making process. The earliest Chinese method resulted in paper that was thick, coarse, and uneven, made from pounded and disintegrated hemp fibers. Cai Lun’s innovation, made from bark, hemp, rags, fishnet, wheat stalks and other materials, produced paper that was relatively cheap, light, thin, and durable.

The lucrative Chinese monopoly on paper manufacturing held for hundreds of years, until in 751 the T’ang army was defeated by the Ottoman Turks. They took some captured Chinese soldiers and paper makers to Samarkand where the Arabs learned paper making from them. The Egyptians got the technology from the Arabs during the early 10th century. Around 1100, paper making arrived in Northern Africa and by 1150 it had spread to Spain as a result of the crusades. From there it spread through Europe, and in 1453, Johann Gutenberg invented the printing press. As the craft of paper making spread throughout the world, it remained a relatively small-scale, artisan activity until paper production became industrialized during the 19th century.

The Diamond Sutra of the Chinese Tang Dynasty, the oldest printed book in the world.

Could paper be the key element in cultural advancement? Some historians theorize that Chinese culture was less developed than Egyptian culture in ancient times because bamboo, though abundant, was a clumsier writing material than papyrus. They contend that Chinese culture advanced before and during the Han Dynasty due to the invention of paper, and Europe advanced during the Renaissance due to the introduction of paper and the printing press.

1 thought on “The History of Paper”